The following sections describe the assembly process of The Analog Thing with BASE board revision 1.0, 04.2021. This board has some minor quirks that must be taken care of as described in the following.

Having finished these tasks, the first test can be performed:

If these tests turn out to be OK, the rest of the board can be populated with parts: 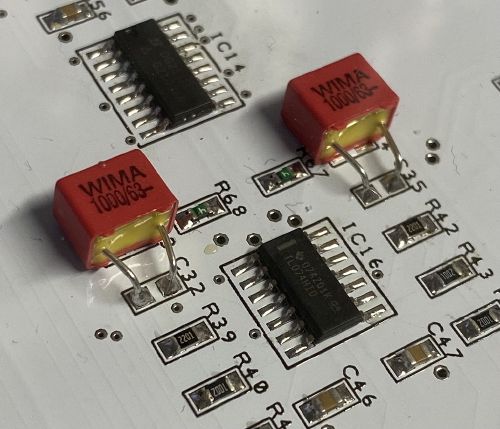 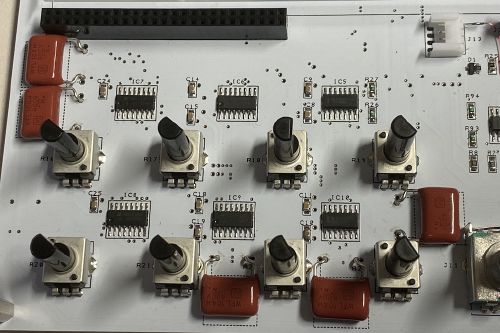 Now a minor fix must be made to allow for operation of the digital panel voltmeter (DVM). Originally the DVM should have been supplied by the +12V supply of THE ANALOG THING. Unfortunately this does not work since the inputs of the DVM are not referenced to ground (GND). To compensate for this the supply of the DVM must my changed to be symmetrical with respect to ground. By means of two Z-diodes two voltages of about +/-6V are generated which are then used to power the DVM: 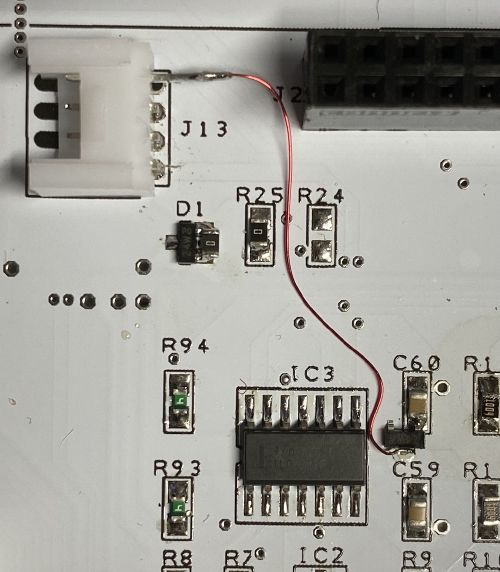 There are two additional patches to perform: 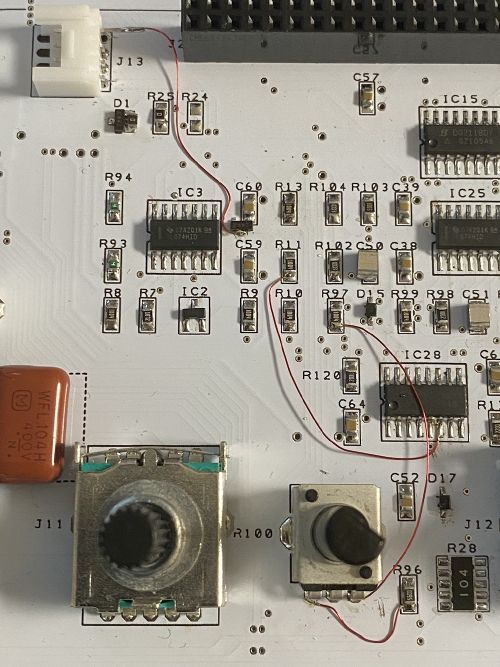 The remaining steps are: 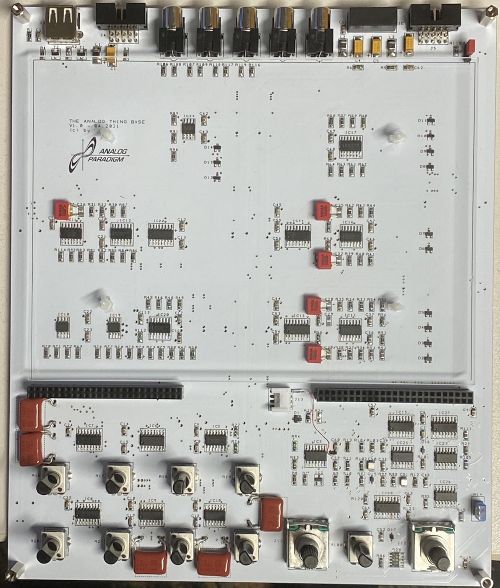 That's it! You should now have a fully working ANALOG THING. :-)

Next thing you certainly want to do is Testing.