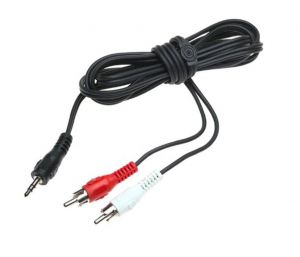 What follows is a curated list of Software oscilloscopes. The idea is always that you can connect your Analog Thing to your Soundcard input with a simple Chinch-to-jack adapter, such as depicted in the right. This allows to connect to the 3.5mm phone connector (German: Klinke) which is still present in many notebooks, tablets, smartphones, also for many singel board systems such as the Raspberry Pi. If your system does not have such an input, you may use a USB adapter (often referred to as USB sound card).

You can use https://anabrid.dev/webosci/ from any recent web browser. You may be prompted to give permit recording from your sound card. Make sure you connect to the correct input and not to your webcam microphone, for instance.

Known limitations: Older versions of Safari, Firefox and Chrome do not support the relevant Web standards. If this is the case for you, it may be best to look for an alternative. 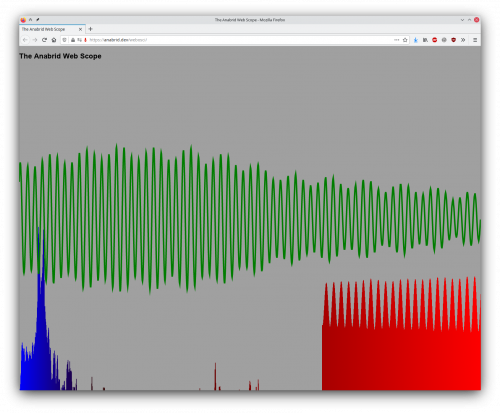 Xoscope is an advanced software oscilloscope for the Linux desktop, suitable for both notebook computers as well as the Raspberry Pi (Audio input). We have a detailed Installation guide for Xoscope on Linux.